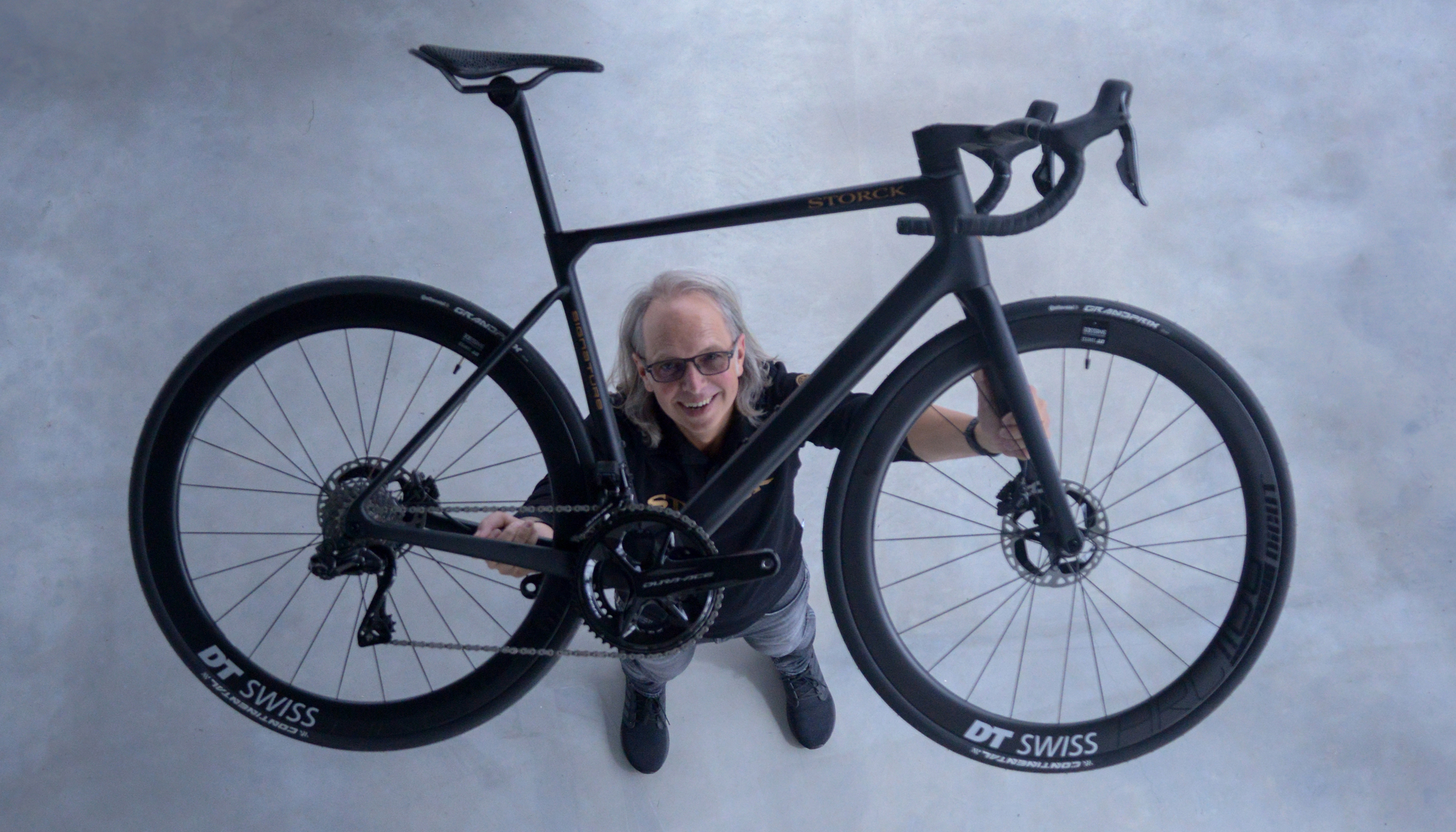 Markus Storck's numerous successes at design awards can be traced back to an early orientation in the design world. The cornerstone for the long-lasting and ever-expanding success story was winning the Red Dot Best of the Best Award in 1997 with the Adrenalin mountain bike, which was also the first design award and one of the most significant.

What hardly anyone knew until then was that the genesis had already developed two years earlier, when Markus Storck had given up his then bicycle brand Klein and actually wanted to study design, or more precisely transportation design. Besides cycling with his own development of bicycles, design was Markus Storck's second great passion. As it has turned out in the meantime, the two could be excellently combined, but he could not have dreamed of this at first. So he applied to the Artcenter College of Design Pasadena, one of the most renowned universities for design at the time. Only 10 students were accepted each year. Markus Storck passed the selection process, but his professor advised him not to accept the place for an extraordinary reason: Markus was already too far along, he would be bored, and should rather return to the university at some point as a lecturer, not as a student. High praise for the then 30-year-old Markus Storck.

The recommendations drove him to new goals. With the experience of having run his own companies at a young age, he decided to start a new bicycle brand under his own family name and build it up step by step: STORCK Bicycle. In addition to the highest quality and best riding characteristics through advanced technologies, another aspect was in the foreground: design. Markus Storck wanted to stay true to his passion and always approached every new development with the ambition to create a timeless design with an innovative claim. This also resulted in the motto "Form follows function", which is still deeply rooted in STORCK's corporate philosophy today: Products have to be functional, but at the same time have to be appealing from a design perspective. Despite all this ambition, Markus Storck never lost his humility before timelessness and beauty. Of course, the concept of beauty is always subjective. Thus, Storck's artworks are sometimes extravagant and crazy, perhaps daring, but always worthy of the concept of design.

Back to 1997 and to an interesting objective: With the start of STORCK Bicycle and Markus Storck's desire to continue to live out his passion for designing, the idea arose of what it would be like to receive 100 design awards in the course of his life for products he had designed himself. It would be crazy, but realistic? Markus Storck's approach has always been to set realistic goals, but always to set them a little higher than seems possible in order to strive for even greater achievement, so why not try to achieve 100 design awards. Thus, the first Red Dot Best of the Best award came in 1997. Numerous other awards followed. Highlights were the renowned awards such as Red Dot, German Design, German Brand and iF. Some of the award-winning exhibits can still be found in museums, including those in London and New York. In addition to awards for first-class bicycles and bicycle components, Markus Storck also ventured into the automotive industry and produced two unique super sports cars as design winners with his own label "One of Seven". Last but not least, he also got involved architecturally and, together with an architect, designed the current company headquarters in Idstein in the Taunus region, which won an architecture prize for design. After establishing the Eurobike Design Award, Markus Storck himself was also a juror for various awards.

Markus Storck thus joins the list of the most successful product designers and still hasn't had enough. When asked if he has now reached his goal, he replies with a smile: "Now it's on to the next 100." So we can probably look forward to a few more years of outstanding creations from Markus Storck. And what do we learn from this: the saying "live your dream" doesn't come from anywhere, because in professional life, dreams can also be fulfilled.

Subscribe for our newsletter and always stay up to date!